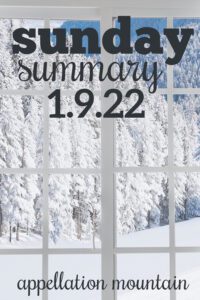 Have you heard of the Overton window?

It’s a concept from political theory to explain the range of choices possible in governance. (This video offers a great summary.) In brief, elected officials don’t determine what can happen; they make decisions that reflect the options people are wiling to support.

The theory has its detractors, but the broad concept makes sense: there’s a range of what’s possible, but it’s not rigidly fixed. Just like the view from our window changes – from snow and ice to blooming flowers – so do our preferences.

I think that names also have an Overton window.

Maybe lots of cultural constructs do.

But let’s stick with names.

The window constantly shifts. Some mainstream choices from earlier eras are forgotten. (Just scan the directory in the Dictionary of Medieval Names from European Sources. For every Joseph or Phoebe, there are a dozen Sigberts and Celestinas. Forgotten, and therefore no longer appearing in the window.)

New names, the ones just starting to edge into the window of possibility, elicit strong responses.

To be honest, sometimes really new names throw me a little.

And yet … who can be that confident that she understands how we’ll perceive a name in another decade or five?

It took time and focus to humble me – mostly because I’ve watched the Overton window shift on dozens of names, and realized that I sometimes got it wrong.

It’s good to recognize that something on the fringe today could be a Top 100 pick in another twenty years – and that our negative reaction might be subject to change, too.

And that? That is the fun part.

Time for the Pop Culture Baby Name Game! What figures – real or fictional – will influence the names we give our children in the coming years? I’m banking on Perrin from Wheel of Time, but maybe not until next year’s list.

Speaking of games, this was fun. Fair warning, though – some of the answers don’t crack the Top 1000, which makes it a little bit harder. (EGG killed me, and then I saw the answer + thought OF COURSE.)

Welcome to the world, Kalista Belle Kwan! Love the name.

Can’t get enough name chatter? Sign up for the Tuesday newsletter here: