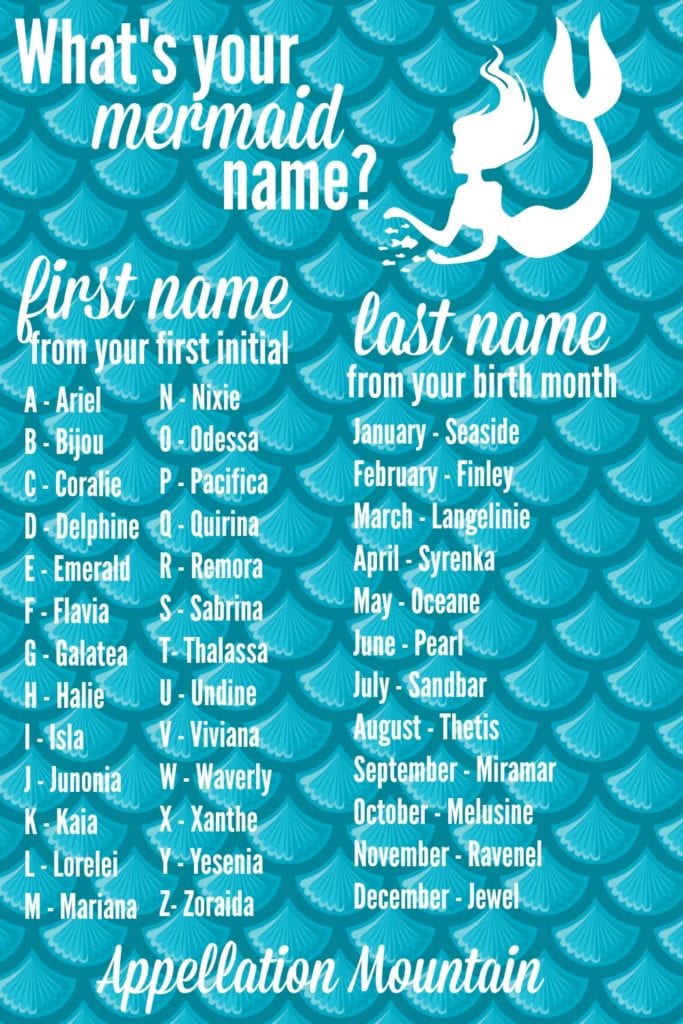 Is it summer yet? The weather has turned cool and rainy, but the calendar says it’s time to start thinking about sunscreen and beach trips. And so, here’s my latest: What’s your mermaid name? I’m Ariel Sandbar, which sounds a little bit like a mermaid accountant.

Before we close, a reminder: we expect the new, official US baby names popularity data to be released on Friday, May 12th – that’s less than a week away! I’ll be hanging out on Facebook that morning, so stop by and let’s chat about the biggest stories.

That’s all for now. As always, thank you for reading and have a great week!