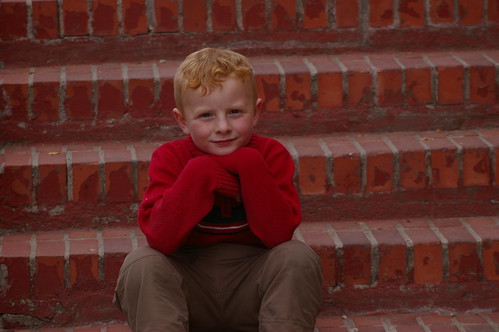 Surnames have been used as given names for generations.

And yet, I think something has changed in 2013.  We’re not just passing down family names.  We’re embracing surname names because they’re different – familiar, but not shared with every other kid on the block.

It’s the quest for something that stands out while still fitting in.  And because we’re aware of the concept of style, we can take the popularity of one surname name and use it as a jumping off point to discover other possibilities.

Trouble is that so many great surname names are now Top 100 staples.  Boys named Carter and Logan are as ordinary as fellows called Bill and Bob and John were a few decades back.  And there are a lot of surname names in the US Top 100, led by choices like Mason and Jackson, Hunter and Landon and Dylan.

So let’s say that you love surname style, but are hoping for more of a stand-out name?

Parents have an option.  Just as we’re meeting more boys called Jeremiah and Sebastian, we can look for longer surname names, too.  As of 2012, only one surname name with three syllables or more made the US Top 100: Cameron.

The list of longer surname names for boys is rich with appealing possibilities – names that will be just a little bit different than the most popular picks, but very much on trend, too.

Read on for some ideas.

Longer Surname Names in the Top 1000

Cameron – At #54 in 2012, Cameron has been so steadily popular that we tend to think of him as a given name.  But friendly Cam definitely started out as a surname, was pushed into the Top 100 by Ferris Bueller’s Day Off and had a good run for girls, too.  Today he’s a modern staple, and the forerunner of the longer surname name trend.

Harrison – Has he been lifted by Beatles alum George Harrison?  His potential to lead to the nickname Harry?  Regardless of why, at #181, Harrison is another of the most popular longer surname names for boys.

Jameson – At #208, Jameson doesn’t feel too popular.  But consider that Jamison ranked #498, and this name has the potential to be another Jackson – a surname twist on one of the most evergreen names for boys.

Elliot – Like Jameson, two spellings make this one more common than he seems.  The single -t spelling ranked #242, while Elliott came in at #277.  We’ve heard Elliot as a given name ever since the 1980s gave us E.T. the Extra Terrestrial and thirtysomething.  But both spellings originate with the Biblical Elias and Elijah.

Donovan – At #275, he’s an update for Donald, with the addition of that cool v sound.

Anderson – Television anchor Anderson Cooper – yes that’s his really name – has boosted his surname name to #280 in 2012.  Andrew is still far more popular, but Anderson makes for an intriguing alternative.

Remington – He was worn by the dashing Pierce Brosnan in a hit 1980s television series, but the name was an over-the-top invention.  Remington is also the name of a storied American arms manufacturer, founded by Eliphalet Remington in 1816.  The surname name has caught on ever since the series debuted, and stands at #421 as of 2012.

Sullivan – The furry blue Pixar creature is James P. Sullivan, but we know him as Sully.  Could Monsters, Inc. and its prequel be the reason Sullivan ranked #490 in 2012?

Finnegan – One of many Finn names, this one with a literary tie thanks to James Joyce.  Finnegan ranked #491 in 2012.

Edison – Thomas Alva makes this name terribly bright, but are their nicknames besides Ed?  The name ranked #753 in 2012, so either the answer is yes – or Edison’s parents are the nickname-free types.

Broderick – At #899, he just sneaks into the rankings.  He feels like an elaboration of Brody, a cousin for Roderick, and a name that might work.

Dangelo – He just sneaks into the rankings at #1000.  I’m assuming most parents spell it D’Angelo, as in son of Angelo, and also as in the musical stylings of recording artist D’Angelo – born Michael.

Bennington – I think of Vermont, but also a great way to get to Ben for parents who aren’t fond of Benjamin.

Bonaventure – It’s a romantic sound, isn’t it? He has a great meaning, too: good fortune.  A thirteenth century Italian saint was called Bonaventura, and you can find the name in sparing use through the centuries.

Calderon – I adore the surname name Calder, so rugged and artistic at once.  Calderon goes farther, a Spanish place name for someone living near a caldera – a crater or basin in the mountains.

Callahan – There are some fabulous elaborations for the short form Cal, and some great Irish choices that pick up where Ryan left off.

Callaway – A very similar sound, but with connections to a French place name instead.

Carrington – The Dynasty clan’s surname, and sometimes respelled with a K or given to girls.  It makes Carrington a little bit much, and yet he still fits on this list.

Davison – You could tack -son on to almost anything.  Just like we’ve invented two-syllable surname names like Maxon, parents are free to concoct three-syllable choices like Loganson.  And yet.  The construction just works better for some than others.  I think Davis and Davison could wear especially well.

Dennison – I’m less sure about Dennison, but I think he belongs on the list anyhow, if only as a bridge to his poetic cousin.

Donaghue – Another very Irish appellation, and possible refresh for Donald.

Ellington – As in jazz great Duke Ellington, and another name with high potential for going girl.

Ericson – Yes, I’m tacking on -son again and calling it fresh.  It makes me think of Vikings.

Forester – If Forrest is too outdoorsy – or too Gump – then Forrester takes it in a more working man direction.

Gallagher – I remember watching a comedian called Gallagher smash watermelons with a sledgehammer on television at some point during my childhood.  It really was the comedian’s surname.  Now that his legacy is fading, Gallagher could be a cool surname possibility.

Garrison – An update to Gary and less common than Garrett, Garrison is familiar as a first name thanks to Lake Wobegon comedian Keillor.

Hutchinson – Doesn’t Hutch have a cool sound?  It is related to Hugh, a medieval nickname that we’ve forgotten about over the centuries.  Plus, Hutchison is just plain fun to say.

Macallister – It is the name chosen by Yahoo! CEO Marissa Mayer for her baby boy, a mix of that appealing Mac sound and a nod towards Alisdair and the mega-popular Alexander.  Could also lead to the short form Max if you were willing to stretch.

MacGregor – Looking for an update to Greg?  I kind of love this one, though be warned: he may go chasing rabbits.

MacIntrye – Yet another Mack name, but one that feels especially masculine, and wearable.

Maguire – One of my favorites on this list, also spelled McGuire.

Matheson – If Matthew is too ordinary and Matteo too fanciful, would Matheson work?  It could still lead to the nickname Matt – and it is up to you whether that’s a good thing or not.

Montgomery – An aristocratic surname from a French place name, Montgomery has more history of use as a given name than most on this list.  Hollywood’s Montgomery Clift is one notable bearer.

Patterson – Looking for something less common than the classic, kelly green Patrick?  Patterson is one surname spin that might wear well.

Pennington – I think of television carpenter Ty Pennington when I hear this name, but that’s not a negative association.  It also leads to the short form Penn.

Robinson – Hesitant to call a son Robin?  Worried that Robert is too dated?  Robinson could be a compromise, one that leads to the short form Rob – a name that I still find very wearable in 2013.

Spinnaker – A spinnaker is a sail, useful if you want to sail with the wind.  I vividly remember playing Spinnaker games on my first Commodore 64.  It’s incredibly rare as a surname name, but I felt like it fit on this list anyhow.

Tennyson – Russell Crowe used this poetic surname name for one of his sons.  It’s a cousin to Dennison, and I think the more stylish of the two.

Whitaker – It might mean white field or wheat field, but his sound brings to mind quick wit.

Willoughby – With Willow so popular for girls, Willoughby could lean feminine – but short form Will is all boy.

The popularity of D’Angelo had me thinking: what are some of the other ends-with-o possibilities?

Costello – He sounds Italian, but he’s actually Irish – and musical, thanks to the legendary Elvis Costello.

Delgado – It’s a Spanish surname, originally from the Latin delicatus – delicate.  The original bearers of this surname must have been slim, petite types.  I’ve added it to this for an archaic meaning of delicatus – delightful.

Devereaux – Originally a name for someone from Évreux, France, today it is an appealing way to get the nickname Dev.

Navarro – A Spanish surname for someone from Navarre, possibly from a word for valley, or maybe for a word meaning brown.  Either way, Navarro has an edgy but wearable sound.

Would you consider any of these names for a son?  Are there other names that should be on this list?