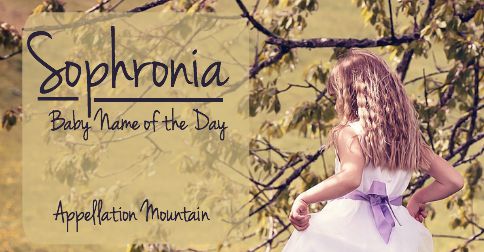 Thanks to Winter for suggesting Sophronia as our Baby Name of the Day.

If you didn’t guess, Sophronia has nothing to do with Sophia.

It’s from the Greek Sophronios, ultimately from sophron – sensible.

There was a seventh century Saint Sophronius. He led a fascinating life, serving as patriarch of Jerusalem, tangling with all sorts of religious questions, and interacting with Muslim leaders after the city’s conquest. It seems like his name’s meaning was quite fitting.

The name wasn’t widely used in Europe, but survived in the east.

In the 1700s and early 1800s, the future Saint Sophronius of Vratsa became a leading figure in the early Bulgarian National Revival. Bulgaria had been under Ottoman rule since the late 1300s, and would achieve independence in the nineteenth century.

The first certain use of Sophronia is fictional.

Tasso was a major literary force back in the day. Born in Sorrento to a noble family, Tasso showed promise as a young child. His family’s fortunes suffered due to politics, and Tasso’s father was determined to find a practical career path for his son. Tasso studied law, but it didn’t stick.

Jerusalem Delivered is Tasso’s masterpiece. It’s a retelling of the First Crusade, featuring the historical Godfrey of Bouillon as the hero. While Godfrey was real, much of the story was fiction.

Sofronia was one of Tasso’s inventions, a virtuous maiden in Jerusalem. Sofronia attempted to intervene in a persecution of Christians by claiming responsibility for a crime. Her beloved, Olindo, then claims that he’s actually responsible. They’re both about to be burned at the stake when the warrior-maiden Clorinda arrives and saves the day.

Paintings were inspired by Jerusalem Delivered, and operas galore.

But were any children named in honor of Tasso’s enduring characters? 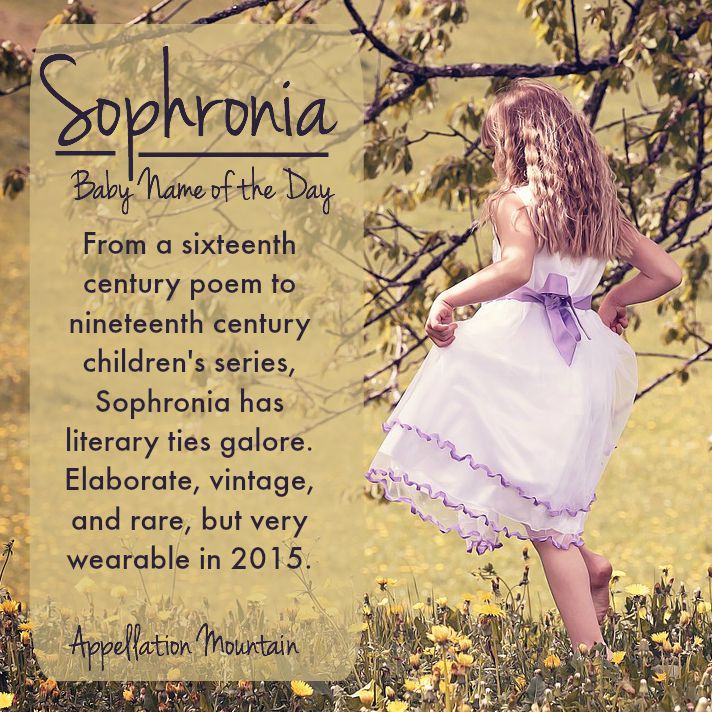 While Sophronia is an elaborate name, nickname Sophie makes this perfectly wearable in 2015.

If you’re after an underused gem with a strong meaning, a long history, and literary ties both grand and sweet, Sophronia might be the name for you.

What do you think of Sophronia? A great substitute for Sophia, or too much?