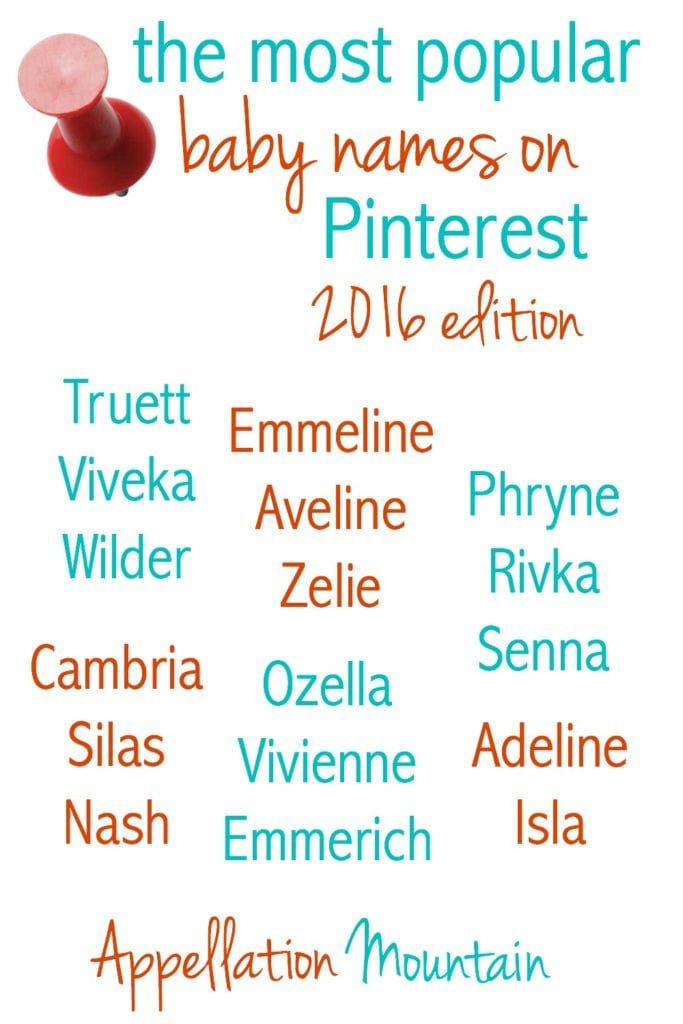 Over the last two years, I’ve pinned over 250 Baby Names of the Day to my Pinterest board. I knew, theoretically, that some of the images were very popular.

But when I looked at the popular Pinterest baby names 2016, the list still held surprises. Why these names? Was it happenstance, or could the Pins predict names on the rise?

I think it must be some of both.

And so I thought I’d capture the popular Pinterest baby names 2016, so we can look back at them in a year or three and check. Did any of the names rise in use?

17 names each collected more than 50 saves/likes. (I tallied them up and counted each save or like as one point.)

Truett (53) – A surname name with a virtue vibe, Truett fits right in with Emmett and Everett and Beckett, too. It ties to Chick-fil-A, thanks to late founder S. Truett Cathy. I’m forever expecting this one to break into the US Top 1000, but so far? Hasn’t happened. A mere 112 boys were named Truett in 2015.

Viveka (54) – A handful of notables, like actress Vivica A. Fox, have kept this name in the spotlight. It blends Scandi and Sanskrit influences, a culture-spanning name that fits right in with Victoria, Vivian, and Olivia. And yet, Viveka remains rare, even when all of the possible spellings are tallied.

Wilder (59) – Surname Wilder ties to Hollywood and American literature. It can also feel outdoorsy, whether you’re thinking of riding a motorcycle through the mountains, or hiking a trail in LL Bean gear. I’ve called it a preppy hellraiser name. Wilder belongs with the names to watch, with 214 newborn boys given the name in 2015. That wasn’t enough to put Wilder into the US Top 1000, but I’ll be adding it to my list again next year.

Emmeline (65) – Like Wilder, Emmeline’s well-Pinned status reflects an increase in usage. 345 girls were given the name in 2015, up from 298 the year before. A suffragette name, sweetly vintage Emmeline picks up on our love for Emma, Emily, Madeline, and Caroline.

Aveline (67) – Aveline is just like Emmeline, except it lacks a robust history of use. But like Emmeline, Aveline borrows popular picks like Ava and Avery, and adding the -line ending. Aveline ultimately comes from Norman French via a Germanic root, but today it feels fresh and modern. 98 girls were named Aveline in 2015, up from 60 the year before. 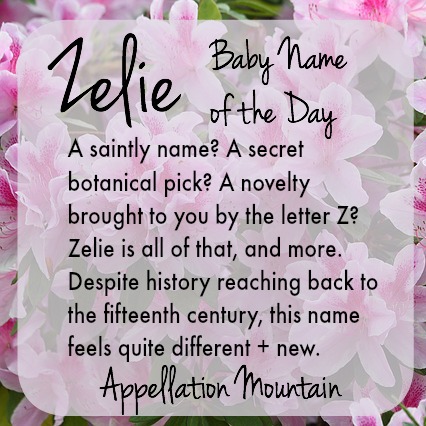 Zelie (74) – Zelie succeeds for two reasons. First, we love a good Z name for girls – think of Zoe/Zoey and Zuri. We should also credit the new Saint Zelie, mother of Saint Therese of Lisieux. orn Marie-Azelie, her name combines botanical and French influence. What’s not to love?

Phryne (77) – If you’ve never seen Australia’s Miss Fisher’s Murder Mysteries, you’ve probably never heard of Phryne. For years, I thought it was just a wacky spelling of Fern. But no. It’s an ancient name with intriguing roots, and the character of Miss Fisher will send any curious type to Google for more information. It’s also very rare as a given name, but in our age of Penelope and Phoebe, maybe it’s not unthinkable.

Rivka (80) – Rivka is the Hebrew form of Rebecca. The letter ‘v’ lends this name an edge. Guy Ritchie and Jacqui Ainsley named their daughter Rivka in 2012. It seems to have given this rarity a boost, though I think Rivka succeeds on style alone.

Senna (87) – Senna appeals to lovers of undiscovered nature names, with a similar style to the mega-popular Emma. And yet, readers were quick to point out that senna extract is a laxative. Not a great association. The sound remains powerfully appealing.

Cambria (114) – Take all of those obscure place names, add a stylish -ia ending, and voila – Cambria. The name has hugged the edges of the US Top 1000 for the last few years, so it’s clearly piqued parents’ curiosity – just not enough to push this name into the mainstream – yet.

Silas (122) – New Testament name Silas has subtle ties to the natural world (via the Latin silvanus – forest) and an on-trend sound. Jessica Biel and Justin Timberlake chose this name for their son in April 2015, boosting its profile even more. Silas currently sits just outside the US Top 100. I’d guess parents are pinning this name and giving to their sons! 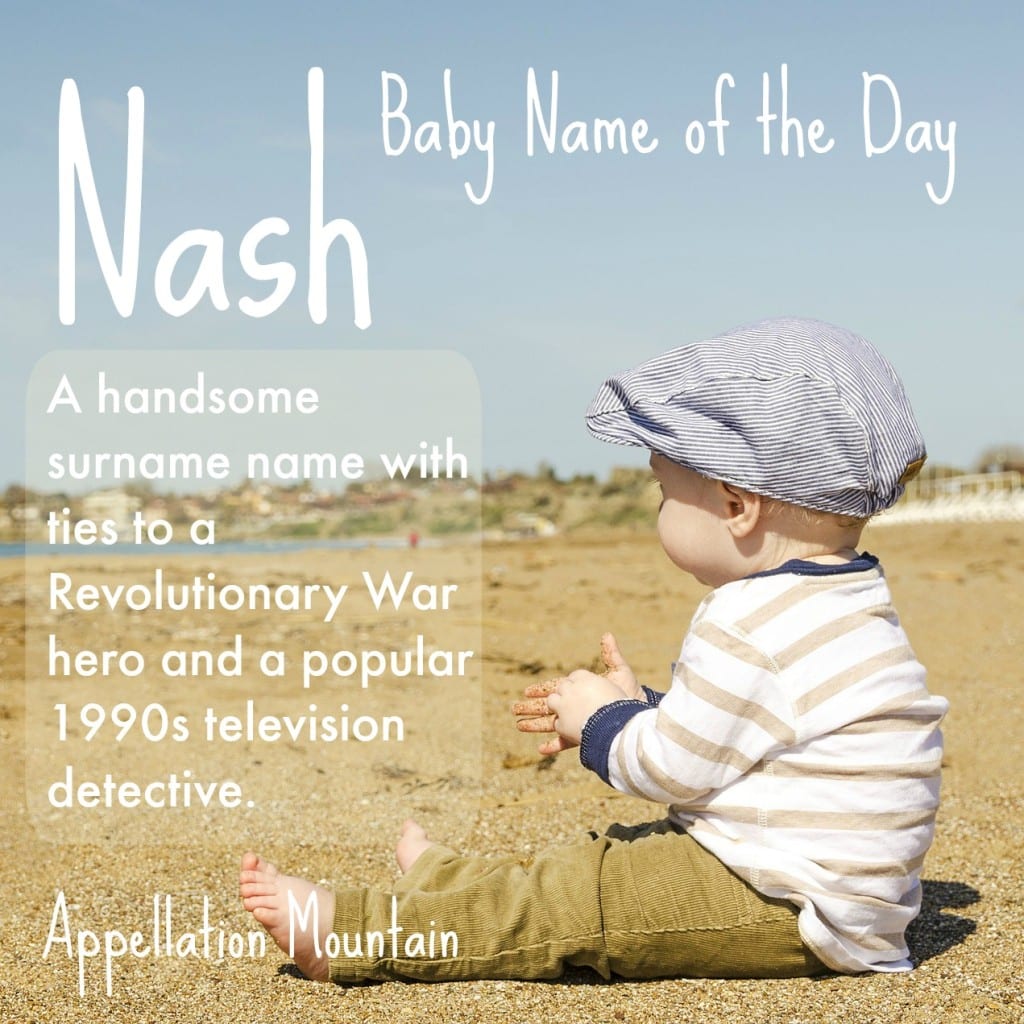 Nash (125) – Don Johnson’s other successful television show was 90s hit Nash Bridges. The series is mostly forgotten, but his character’s name lives on. Nash has the same cool factor as many a single-syllable name for boys, like Ace and Cash and Dash. The numbers suggest that Nash isn’t just being pinned. Like Silas, Nash is being worn by many a baby boy today.

Ozella (127) – Ozella marks the opposite of Silas. A rare, vintage find, Ozella clung to the edges of the US Top 1000 into the 1930s, but has tumbled towards obscurity since. Still, Ozella sounds like the Ella-Bella-Stella names, and O names, from Olivia to Ophelia, have garnered plenty of attention in recent years. Maybe somewhere in Park Slope, Ozella is actually scribbled on a few shortlists?

Vivienne (129) – Vivian remains the most popular of the Viv names, and yet Vivienne has gone from obscurity in the US faster than you can say Jolie-Pitt. No, they weren’t the first famous couple to bestow the name on a daughter, but the Brangelina effect boosted Vivienne into the US Top 1000. Today it makes a great alternative to Madeline, and the numbers prove it.

Most Popular Pinterest Baby Names 2016: The Top of the Top!

Emmerich (236) – Emmerich lacks a default spelling, which might explain why this intriguing name isn’t more often heard. A mash-up of Emmett and Emery and Frederick, Emmerich is the kind of rarity likely to appeal to parents after something just slightly different. 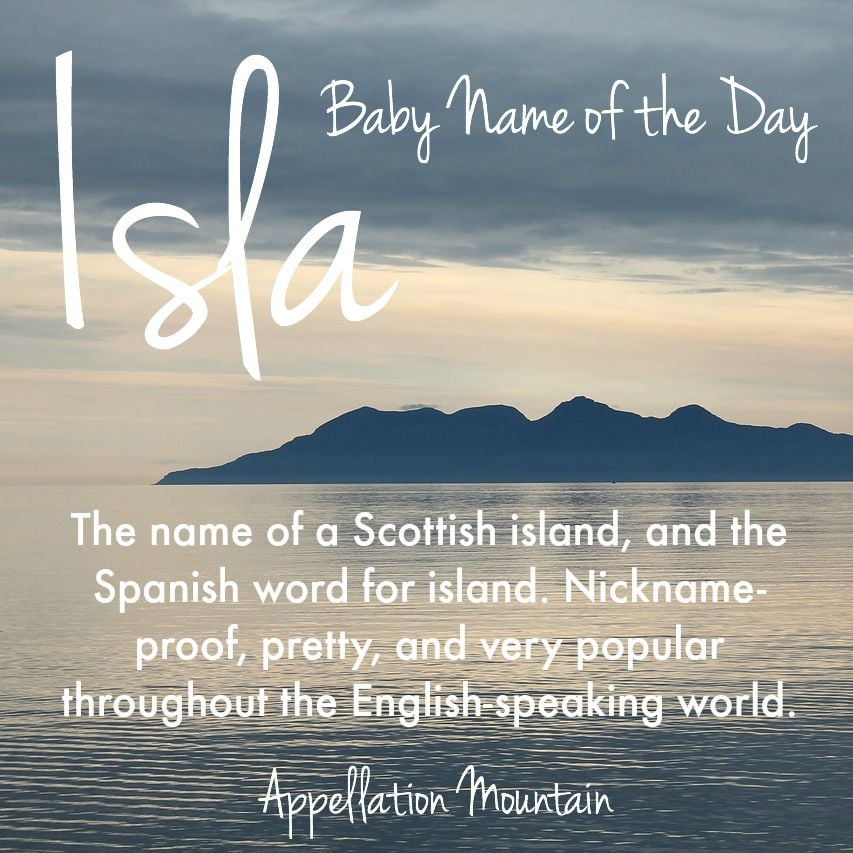 Isla (335) – Isla ranked in the UK Top Ten and languished unheard in the US – at least until recently. Now Isla is soaring up the US popularity charts, just a stone’s throw from the Top 100. There’s no question – this name succeeds as a Pin and as a given name.

Adeline (531) – Of course an Addie name would top the charts! From Addison to Adalynn, parents love names brought to us by the letters AD. This Pin has succeeded beyond my expectations since the day I added it to the Board. Credit to the name, and to the many related names, all of which continue to gain in 2016.

Are any of the popular Pinterest names 2016 on your shortlist?