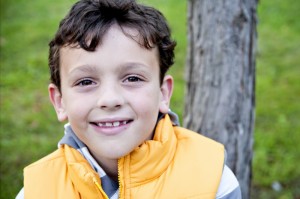 It’s an undeniably ancient name that has reached dizzying heights of popularity in the 21st century.

In honor of a very special birthday boy, today’s Name of the Day is Alexander.

There are two contenders for the earliest use of Alexander. The first is as an epithet of the Greek goddess Hera – Hera Alexandros – literally, Hera, Defender of Men. There’s also Alaksandu, King of Wilusa. That might sound sci fi, but it’s actually a Bronze Age city, located in modern day Turkey. Alaksandu ruled circa 1280 BC.

But there’s no uncertainty about the Alexander who made the name legend. Born in 356 BC, Alexander III of Macedon conquered most of the known world, and became an almost mythological hero in his own time. Separating fact from fiction is tricky, but what’s certain is that he’s inspired countless parents to choose the name for their sons.

Other notable Alexanders include:

Following Alexander’s adoption as a royal Russian name, it became one of the most common choices for Russian parents and remains a staple in many Eastern European languages. Thanks to the saints, it is widely used in Western European tongues, too.

While Alexander never fell out of use, he wasn’t a smash hit until recently. In the late 1800s, you’d hear him with some frequency – he regularly ranked in the Top 100 in the US. But from the 1920s through the 1960s, Alexander usually fell somewhere in the 200s. Think of Martin, Calvin or Clayton today.

If Alexander has a saving grace, it’s the nearly unending list of nickname options. Aside from the obvious Alex, there’s:

Other choices include Al, Aly, Lex, Anders, Andy, Sandy and Sander, along with even more obscure options common to some languages. The Russian Shura, anyone?

He’s an enduring classic with history aplenty – but he’s also a fast favorite with many parents.  I can testify that it wears well on a boy, but he will have to happy to share!