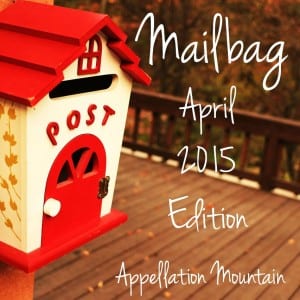 Back in February, there was a week without a #namehelp question.

After a flicker of panic – what, no post on Saturday? – I realized that there were tons of questions waitinilmore to be answered. They weren’t long enough to make for a full post individually.

And so, the Mailbag posts were born.

I also answer these kinds of questions in the new Appellation Mountain newsletter, delivered every Wednesday. If you aren’t already subscribing, you can sign up right here:

I have a fun idea for a newsletter subscriber-only contest coming up in a few weeks, so you don’t want to miss out!

What are some great nicknames for Penelope?

Before I answer this question, let me answer the one you didn’t ask, but that others will:

Why name her Penelope if you’re going to call her something else?! Just put Nell/Poppy/Polly on her birth certificate!

When it comes to names, styles and strategies vary. This kind of comment pops up all the time on these questions. And I get it, I do. There are valid reasons to skip the formal name, and I’d never argue with someone who wanted to name her son just Jake or her daughter Kate, not Katherine.

But the opposite is also true. There are great reasons to give your child a formal name, while choosing a shorter form for everyday use.

Now back to the original question!

I’m looking for a formal name for the nickname Rory, for a girl.

See what I mean about lots of parents liking the idea of formal names/nicknames? Versatility is a big reason.

Happily, Rory works with lots of potential feminine forms. And elegant is the word to describe many of them!

You can always go the Gilmore Girls route and use Lorelei (the more traditional spelling) or Lorelai (the spelling popularized by the show). One advantage? Anyone who has seen an episode will likely have the sense that Rory is short for Lorelei. Even though it wasn’t until the mother-daughter series debuted.

Aurora is another possibility, and one of my favorite ways to get to Rory. 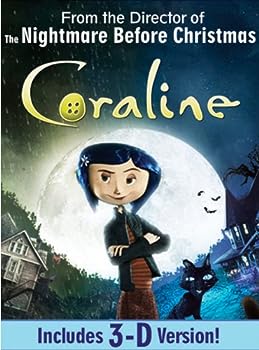 A lot of the Cora names would satisfy, too. Coralie, maybe? Or Coraline?

There are some more possibilities listed here.

I’m looking for elegant names that can be shortened to boyish ones.

For a long time, this was the kind of name I wanted to have. I wanted to be Alexandrine, known as Alex. Or Josephine, known as Jo. Examples of appealing characters with names in this style are found from Little Women to Who’s the Boss.

The list of possibilities is long, and grows longer still the more liberally you define “boyish” and “elegant.” Cordelia called Coco? That seems to fit the spirit of the question, even though Coco isn’t conventionally masculine.

Let’s start with a few that I think are interesting:

Does Dolly work as a nickname for Dahlia? How do you spell it? Let’s start here: if you name your daughter Dahlia, it’s no surprise that you’ll find yourself shortening Dahlia to Dolly.

When it’s spoken, it works.

But when you write Dolly for Dahlia, it looks disconnected.

Swapping the “ahl” for an “oll” seems slightly off. Maybe that’s because we sort of know that Dolly is a traditional nickname for Dorothy. And we might also think of Dolly as short for Dolores. So should Dahlia called Dolly actually be … Dally?

I don’t think so. In this case, there’s a conventional spelling for the preferred short form. If Dolly is the sound you’re going for, I’d spell the nickname Dolly.

In similar cases, I’ve given the opposite advice. I’d spell London’s nickname Lonny, even though it rhymes with sunny, not Johnny. There’s no absolute right way, but if there *is* a familiar spelling that gets you to the right sound and looks like an accepted given name? Then I’d use that.

Is Petra a popular name in Germany?

Ooh … this is a tough one for me. The little I’ve gleaned about German name trends over the years is just enough to tell me that I don’t understand the landscape.

But not all hope is lost! While this is an unofficial compilation, First Names Germany seems to have a pretty reliable database stretching back over a century plus.

Based on those numbers, it looks like Petra had a good run in the 1950s and 60s, ranking in the unofficial German Top Ten for around twenty years. A quick Google search turns up plenty of accomplished German women by the name – athletes, performers, a politician or two.

So Petra was a popular name in Germany. But I’d guess that Petra is the rough equivalent of Lisa in the US. Familiar, and you know a few – but not a name you’d expect to hear on a baby.

Petra is popular today in Eastern Europe, including Hungary and Croatia. In the US, it’s pretty obscure, but I think Petra would make a great name for a child today.