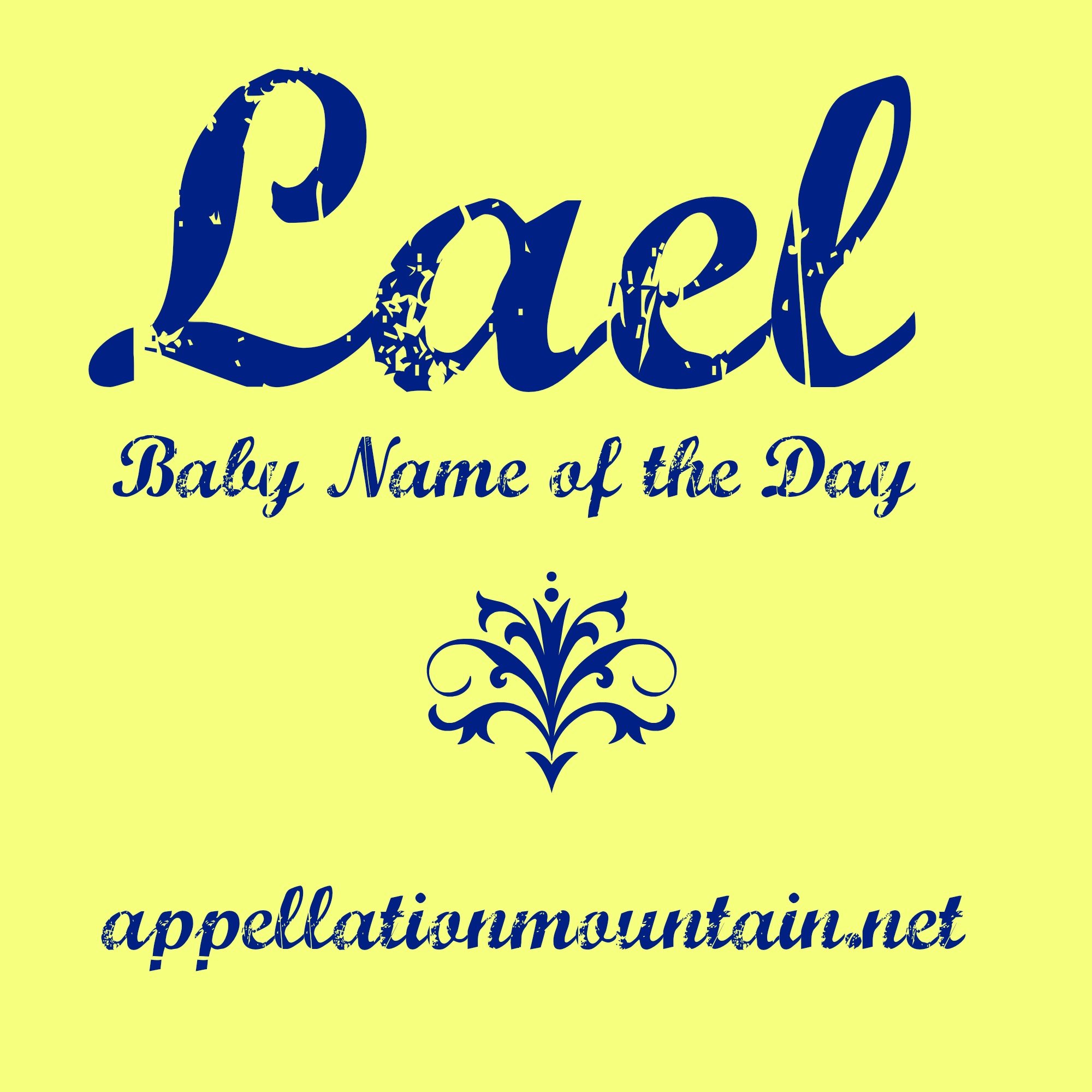 Is the emphasis on the first syllable or the second?  Is this name meant for a boy or a girl?

Thanks to Maia for suggesting Lael as our Baby Name of the Day.

You’ll hear some say that this name is correctly pronounced lah ELLE, while others argue for LAY elle.  It’s rarer than rare, making this a tough question to resolve.

What we know for sure is that Lael is Hebrew.  It is mentioned fleetingly in the Old Testament as a masculine name – the father of Eliasaph, leader of the Gershonites.

Just like the el in Elizabeth and Michael refers to God, so it does with Lael.  The meaning is usually given as simply “of God.”

While the original bearer of the name was male, most of the uses of the name have been feminine:

Add it up and this name is rare, rare, rare – but not unknown.  In 2012, 68 newborn girls received the name, and 22 boys.  While it still trends feminine, the name has been increasing in use for both genders.

I did find La’el Collins, a Louisiana State University football player, and one of the few prominent men answering to the name.  He always write his name with the break between the two syllables; most other Laels do not.

Lael does surface as a middle name out there on message boards and blogs: Zion Lael, Kitra Lael.  It works for both genders very nicely.

Looking at the popularity of L- names and -el names right now, Lael seems like a possibility.  A handful of women have been named Laelle or Layelle, possibly respelled in an attempt to make the pronunciation more obvious.  Laelle reminds me of a mangled French phrase – la elle, the she – and yet, it also seems more complete, especially in an age when Annabelle and Isabelle are more popular than Annabel and Isabel in the US.

Either way, Lael fits in with:

All together, there’s plenty of room to argue that Lael would work in 2014.  If you’re after a Biblical rarity, this is one to consider – for a son or a daughter.