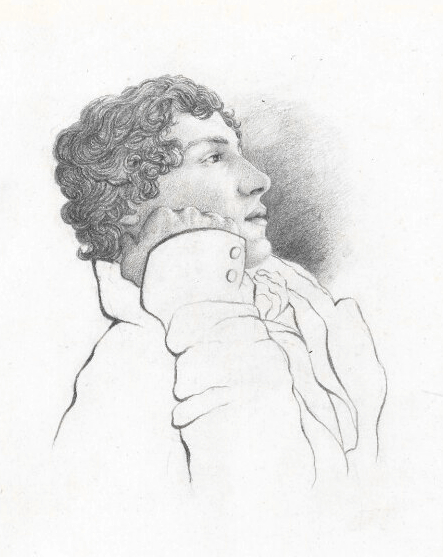 It’s an ends with ‘s’ surname name, poetic and preppy at once.

Thanks to Eveline for suggesting Keats as our Baby Name of the Day.

Do you know that song from The Smiths: “A dreaded sunny day, So I meet you at the cemetery gates, Keats and Yeats are on your side …”

Nowadays pick the right neighborhood, and Keats and Yeats could be in the same kindergarten class.

With choices like Brooks attracting attention, the ‘s’ ending feels quite current – a preppy, slightly stand-out choice for a son, one that fits with the many surnames currently in the US Top 100.

But where does Keats come from?

What’s certain is that Keats has been used as a surname for years.  As a given name, Keats has no real history until recently.  The name was given to seven boys in 2012 – that’s almost remarkably rare.

And yet, there’s reason to think parents could embrace him.

John Keats was a great poet of the Romantic era, a contemporary of Shelley and Byron.  He died young, in 1821, leaving behind a relatively small body of work.  But after his death, his little collection would become both beloved and world famous.  His collected letters are widely read, too.  He was in love with Fanny Brawne when he died, and their courtship was turned into a movie in 2009, based on a biography of the poet.  The film, Bright Star, competed at Cannes.

A second literary reference is Ezra Jack Keats, author and illustrator of The Snowy Day, as well as other children’s classics.  It won the 1963 Caldecott Medal for its illustrations and visual impact, and is also remembered as one of the first widely read children’s books to embrace multiculturalism and urban settings.

All of this makes Keats feel smart, even scholarly.  Successful, too.  Better still, we all instantly know how to pronounce Keats.  (Yeats, incidentally, rhymes with gates.  Fox news anchor Megyn Kelly went with the more phonetically intuitive spelling Yates for her son in 2009.)  Factor in the popularity of the similar-sounding Keaton, and it is easy to imagine parents falling for this surname name.

No surprise then, that maternity concierge Rosie Pope has helped a family with a son named Keats on her Bravo reality show Pregnant in Heels.

If you’re after an unusual name that remains easy to