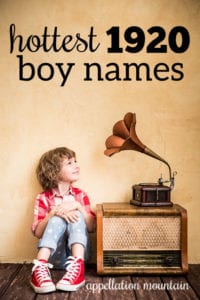 What were the hottest 1920 boy names? I’m talking about the boy names I would’ve been blogging if I’d been around – and if such a concept had existed – one hundred years ago.

To make this list, I looked at the fastest-rising names from 1919 to 1920. But it wasn’t just a numbers game. Which choices would sound stylish today? In some cases, they’re already mainstream favorites. Others remain obscure – or are even rarer – by our measure, but would be right at home in a kindergarten classroom in a few years.

It’s worth noting that data from the earliest decades comes with some serious limitations. And yet, it’s still thrilling to hear modern favorites waiting in the past – and exciting to find under-used gems waiting to be discovered. It’s like digging through a forgotten chest in your grandmother’s attic – dusty and curious, but full of surprises. 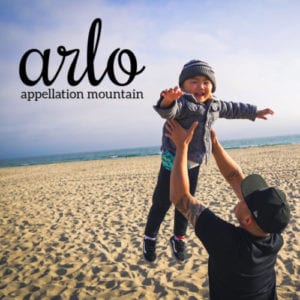 We love a great o-ending boy name, and Arlo leads the pack. It shot up the charts a century ago, and over the last decade again. The name’s exact origins are fuzzy. Some credit Charles – after all, Carlo is another form of the classic name. Others attribute it to Arlo Hill, a place name Edmund Spenser used in his epic 1590 poem The Faerie Queene. Either way, it seems like Disney-Pixar’s 2015 The Good Dinosaur jolted this most stylish of the 1920 boy names towards the mainstream. 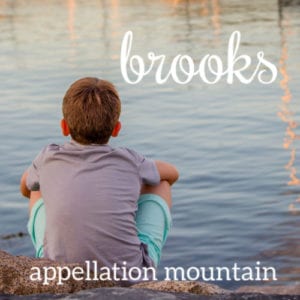 Brooks is a shape-shifter. It’s a preppy and buttoned-up as a Brooks Brothers navy blazer. But it’s also outdoorsy and as downhome as a country music star.  (There’s Garth Brooks and Brooks & Dunn.) I called it a preppy hellraiser name, and I think that fits exactly. You can imagine Brooks filing your taxes, but also leading your whitewater rafting excursion in the Rockies. Maybe both, depending on the day. I’m not sure how this name would’ve read in 1920, but today it’s flexible – and fast-rising.

I’ve yet to write about Brooks, but check back for updates. 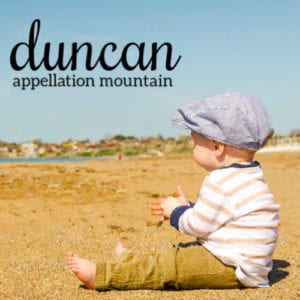 Scottish and literary – he’s the King of Scotland in Shakespeare’s MacBeth, as well as two real-life monarchs – Duncan bounced around the US popularity charts in the early twentieth century. But the name was up in 1920. It’s straightforward and distinctive, and if it brings to mind doughnuts – is that a bad thing? (The first Dunkin’ Donuts opened in 1955.) Fans of Highlander or Dune might appreciate the name, but it’s not overly tied to a single fictional character – or to vintage 1920 boy names, either. 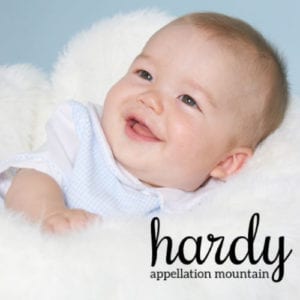 This surname name spiked in use during 1920, but today it remains uncommon. I think that could – and should – change. It’s a surname name in the key of Riley and Brady. Hardy brings to mind positive qualities, like strength and vigor. It also serves as an update to Richard. If you know your fictional detective series, there’s also the Hardy Boys, created for a book series in the 1920s, immortalized as television characters in the 1970s. This name made my hottest of 1919 list, too.

I’ve yet to write about Hardy, but check back for updates. 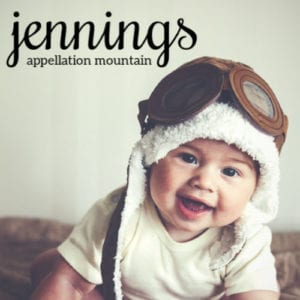 Jennings is a relatively familiar surname. Like Jackson, it was derived from John. My first guess about Jennings’ 1920 rise? Orator, politician, and three-time presidential candidate William Jennings Bryan … except he was most famous twenty years prior. (He made his Cross of Gold speech in 1896.) Maybe credit goes to Al Jennings, a bank robber turned author turned actor? Whatever the case, I think it could make a surprising – but perfectly wearable – pick for a child today.

I’ve yet to write about Jennings, but check back for updates. 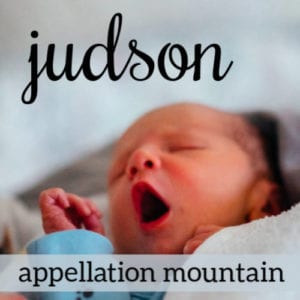 Judd started out as a nickname for Jordan, a modern favorite with medieval roots. And so Judson refers to the son of Jordan – or maybe Jude, or another name starting with similar sounds. Despite the obvious appeal of the name – the -son ending, the letter J – it’s only recently returned to the US Top 1000. And it was still more popular circa 1920 than it is in 2020. With built-in nickname Jud, it’s an approachable choice, and a great alternative to Jackson.

I’ve yet to write about Judson, but check back for updates. 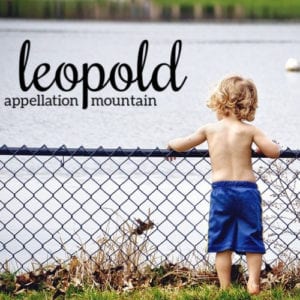 We love a good Leo name. Just ask Leon, Leonardo, Leonel, and Leonidas. But twenty-first century parents have yet to embrace Leopold. A century ago, this name felt regal, thanks to one of Queen Victoria’s sons (named for her uncle, a king of Belgium). In 1920, we met Leopold Bloom, of James Joyce’s Ulysses. That might explain the name’s bump in use, but it didn’t last. Leopold left the US Top 1000 at the end of the 1920s, and has yet to return. Though with Leo names so current, it would fit right in.

I’ve yet to write about Leopold, but check back for updates. 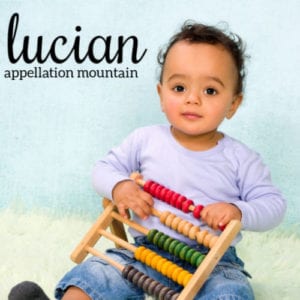 Luke and Lucas read classic – and very, very popular, too. Lucian feels a little more under-the-radar, elaborate and smooth. It’s actually slightly more popular today than it was then, but only a little. It comes directly from the Latin lux – light. The ancient world gives us a few notables, including a saint or two. Twenty-first century parents might hear it from the Mortal Instruments series, or maybe Underworld. It feels nicely vintage, while at home in 2020. 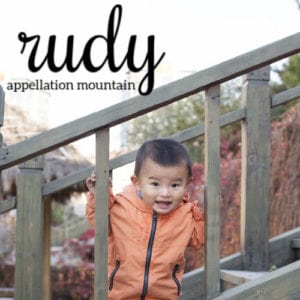 Does this name feel 1920s? Or 1970s? If it’s the latter, that’s because of Daniel “Rudy” Ruettiger’s Cinderella story. Despite his small size, hard work earned him a spot on Notre Dame’s legendary football team, as a member of the practice squad. But during his very last game in 1975, he finally got his chance to play – and sacked a member of the opposing team. It’s an inspirational story, immortalized in a 1993 movie, as well as Notre Dame legend. Today, I think it fits with so many ‘oo’ names we love for boys, like Luke and Jude.

I’ve yet to write about Rudy, but check back for updates. 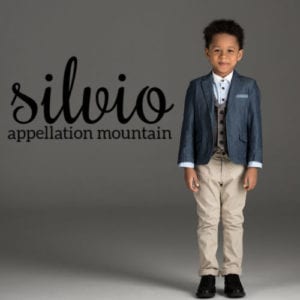 Sylvia peaked in the 1910s. Silvio comes from the same roots – the Latin sylvan, meaning forest – but never really caught on in the US. It bounced around the US Top 1000 in the 1910s and 20s, and yes, 1920 proved a particularly good year. So it’s easy to imagine parents embracing it today, less popular than Arlo and other o-enders, but maybe not quite as wild as Horatio and other rarities. Plus, we do love a good V name – just ask Oliver and Everett.

I’ve yet to write about Silvio, but check back for updates. 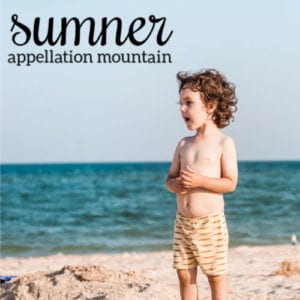 Yes, I can imagine that Sumner would be mistaken for Summer All. The. Time. And it might get (very) old before his second birthday. But there’s something handsome, maybe even Southern about this unusual name. The surname has nothing to do with the seasons; instead it referred to the official who summoned witnesses to court. With so many -r ending boy names in favor these days, I think Sumner could fit right in with Carter, Wilder, and River.

I’ve yet to write about Sumner, but check back for updates. 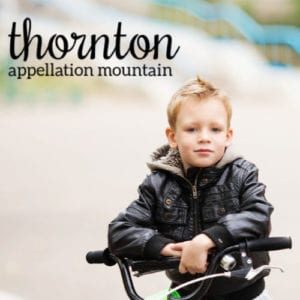 For years, we avoided Th names. And then Theodore and Theo came roaring back, along with Thea and Edith and Athena. For boys, surname name Thatcher is on the rise, so maybe Thornton could fit right in. A place name, it brings to mind author Thornton Wilder – though his biggest achievements came later in the 1920s. I think it blends the hard, edgy sounds of Thor and Thorn – both strong, but tough to wear choices – with the softer, literary vibe of the full name.

I’ve yet to write about Thornton, but check back for updates.

Those are my picks for the hottest 1920 boy names. Would you consider any of these for a son? 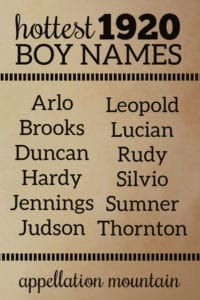 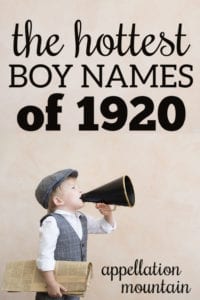