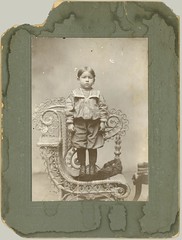 For those of you in the US, I hope you’re having a lovely day filled with the ones you love.