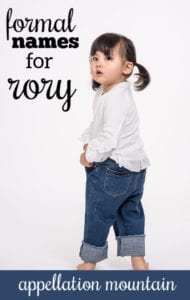 Formal names for Rory owe much of their existence to Gilmore Girls, the long-running television series about a mother-daughter duo. Both Gilmores bore the name Lorelai, but the younger answered to nickname Rory.

It wasn’t just presented as a fact, either – during the first season, Lorelai talked about the decision in some detail, and her daughter explained her name more than once.

Rory Gilmore wasn’t the first girl to bear this traditionally masculine name. Hollywood icon Errol Flynn welcomed a daughter by the name way back in 1947.

But it turns out lots of  feminine formal names for Rory exist, from traditional to modern.

The idea fits with a big category – boyish nicknames for traditionally feminine choices. If you like the sound of Alex for Alexandra and Charlie for Charlotte, one of these might be the perfect nickname/formal name option for you. 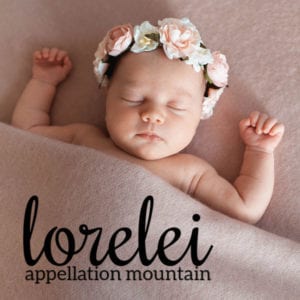 The name that started it all. For seven seasons, we watched two Lorelais, mother and daughter, make their way through life in tiny Stars Hollow and beyond. We later learned that there’s yet another Lorelai, a grandmother called Trix, who started the family custom. It’s a frilly name from German folklore, and a pretty one, too. It was heard in the US before Gilmore Girls, but the show made it mainstream. 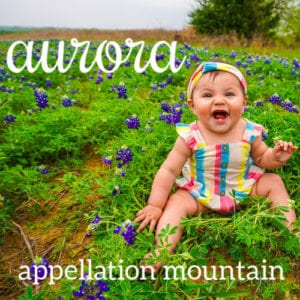 Disney used this name for Sleeping Beauty way back in 1959, but it didn’t crack the US Top 100 until 2015. It’s a place name (think Colorado) and a nature name, too. It refers to the polar lights, seen at the north and south poles. And it’s borrowed from mythology, too. The Romans made Aurora goddess of the dawn. Combined with the popular -ora sound, no surprise Aurora is more popular than ever today. 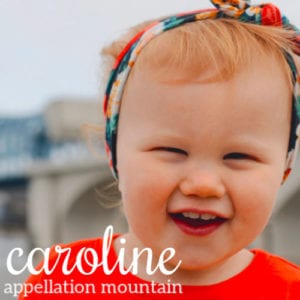 Classic Caroline comes with a strong “ro” sound built in. Plus, it’s good to have more nickname options besides the obvious Carrie. And Caroline is almost crying out for a boyish nickname. After all, like Charlotte, it started out as a feminine form of the evergreen Charles. 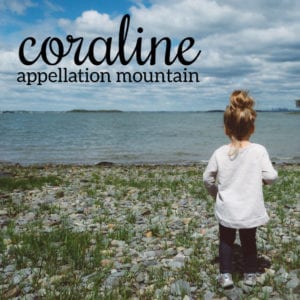 Coraline claims distinct French roots, but author Neil Gaiman arrived at the name by reversing the ‘o’ and the ‘a’ in Caroline. While the RO sound isn’t quite present in Coraline, I still think it’s close enough to work. And maybe that’s true for other Cora names, too – Cordelia, Coralie, even just Cora? 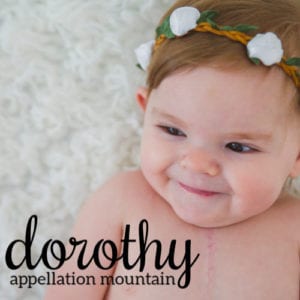 Dolly is darling, and Dot is downright sweet. But Rory might be the coolest possible nickname for this vintage, storybook name. Brother name Theodore is a Top 100 favorite for boys nowadays. Dorothy Gale went somewhere over the rainbow; a Dorothy called Rory would surely have equally intriguing adventures. 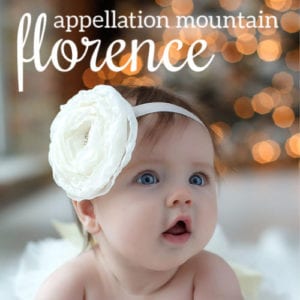 If Aurora and the Coras can get us to Rory, so can the Floras. Not that Florence is short on possible nicknames. (There’s Flossie, Florrie, and if you’re an insurance spokesperson, Flo.) It’s a strongly Irish nickname for a romantic Italian city, and yet I think it works just fine. 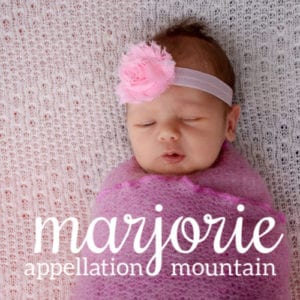 Marjorie-called-Marge is your favorite great aunt. Or the mom from The Simpsons. But this medieval form of Margaret, and 1920s favorite, feels like it should be ready for revival. Maybe all it would take is the idea of sparky nickname Rory to help parents see Marjorie as perfect for a newborn daughter. 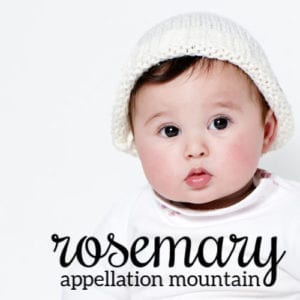 More than one of the Rose names might shorten to Rory. The likeliest candidates might be those with a second ‘r’ sound, like Rosemary and Rosemarie. There’s precedent for a contracted nickname: the German Romy comes from these longer names, too. They’re among the most obvious formal names for Rory. 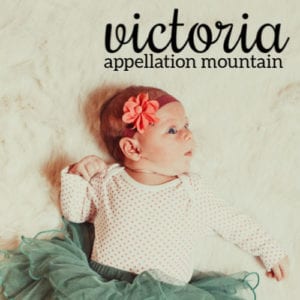 File Victoria with those classic girl names rich in diminutives. Among them? Tori, long considered a reasonable nickname for Victoria. It’s just a hop, skip, and a jump from Tori to Rory. If you love the regal elegance of Victoria, but long for a playful nickname option, Victoria-called-Rory might be just the thing.

Would you ever consider Rory for a girl? If so, would you use a longer form?  And are there any possibilities that I’ve missed? 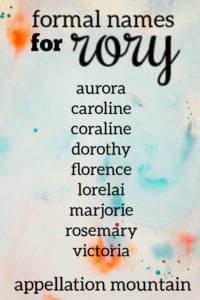