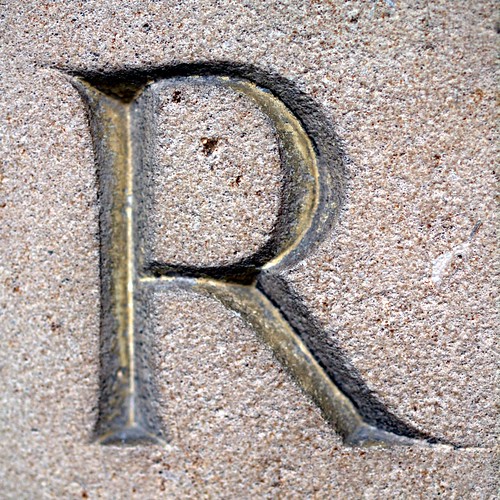 Ends with R names have always been with us.  About a year ago, I wrote a post of ends with R names for boys, from Prosper to Chester to Thayer.  I’ve always meant to follow it up with the girls’ edition.

With Harper so in vogue, the sound feels terribly current for both genders.  But not all of the choices in this category are modern surname picks.  There are a handful of vintage gems, choices rich with meaning, a few from the natural world, and yes, a number of last names ready to be promoted to the first spot.

While names like Walter and Archer are clearly masculine, the ends with R sound works well for girls’ names, too.  A few of these might be gender neutral, but the overwhelmingly majority of these represent Team Pink nicely.

Elinor – Or Eleanor, for that matter.  It’s a sensible girls’ name with plenty of short forms, a sister for Beatrix, an alternative to Elizabeth.  I also think of her as the new Margaret – the go-to name for parents seeking a strong, intelligent name for a daughter.

Hester – Worried that everyone is discovering Esther?  Go rarer, with Hester.  It worked for Nathaniel Hawthorne’s heroine in The Scarlet Letter.  Bonus points because adding the H creates the possibility of Hettie as a short form.

Leonor- Leonor is to Elinor as Hester is to Esther – a rarer, related form.  Leonor is the Spanish version, but she’s not unknown in the US.

Tamar – Another Old Testament name, also worn by a medieval queen of Georgia.  Now that Tammy is firmly in mom-name territory, maybe it is Tamar’s time to shine.

Greer – Brooke Shields has a daughter called Grier, and while we’re talking celebrity, it also brings to mind celebrated 1940s actress Greer Garson, born Eileen Evelyn – Greer was her mother’s maiden name.  A contracted form of Gregor most common in Scotland, Greer sounds harsh to some – and strong to others.  I think she’d fit right in with Sloane and Blair.

Harper – She’s the white hot starbaby name of the moment, the new Taylor, but with a musical lilt.

Parker – If Harper is big for girls, how ’bout the outdoorsy ends with R Parker, complete with indie actress Parker Posey helping to claim her for the girls.  Posey, incidentally, was named after 1950s supermodel, Suzy Parker.

Pfeifer – Or Pfeiffer, Fifer, or even Fyfer.  Another musical surname, albeit one with spelling challenges.

Piper – A more approachable form of Pfeifer, this time with Piper Laurie helping us think of this one as an appropriate name for a girl.

Sailor – I’ll admit that I raised an eyebrow when Christie Brinkley gave this name to a daughter in 1998.  But she had a great backstory related to her husband’s family history, and since we’ve met kids called Marina, Bay, Ocean, River, and Harbor since then, Sailor feels less out there.  Of course, there is Japanese anime franchise Sailor Moon, but she’s not the worst role model.

Easter – It sounds outlandish today, but there have been moments in time when being born on a holiday was a surefire way to receive a very specific name – Loveday or Christmas or Easter.  Of course, it also has a history as a surname, not necessarily related to the religious observation.  Today, could it really be anymore out there than Nevaeh?

Honor – Jessica Alba’s girls share virtue names with a modern vibe: Honor and Haven.  While Honor would’ve been at home in the Puritan era with Hester, and names like Honora and Honoria have a long history of use, she feels like a modern choice.

Noor – Speaking of names that aren’t really modern, the Arabic Noor isn’t new.  But she is meaningful – like Lux, she means light.  For American parents seeking a global appellation, Noor could be a fascinating pick.

Pilar – A reference to the Virgin Mary, Pilar is often bestowed in combination with Maria.  She’s an openly spiritual choice, and a substantial one, too – pillar of strength, anyone?

Vesper – She’s almost a straightforward nature name.  Vesper is the Latin word for evening.  But Vespers is an evening prayer service in many Christian traditions, lending Vesper a slightly different vibe.

Aster – Asters are a showy plant that look a little bit like a star.  The surname Astor ultimately refers to a bird of prey.  Either way, it is a solid nature name, though one with more teasing potential than some.

Briar – A thorny, thicket-forming plant, sometimes spelled Brier, this ends with R name takes on a Disney princess aspect.  The Brothers Grimm originally used this name for Sleeping Beauty.  She was re-christened Aurora for the animated flick, but used Briar Rose as an alias.

Clover – Long considered lucky, Clover makes a distinctive choice for parents thinking of their Irish heritage – or just wishing to embrace their good fortune in welcoming a daughter.

Ember – Amber is fading, but Ember is red hot – literally.  The glowing coals of a barbecue might seem like strange inspiration for a child’s name, but factor her similarity to Amber and Emily, and the beauty of a roaring bonfire and suddenly Ember seems like a natural.

Flower, Fleur – Fleur brings to mind the impossibly gorgeous Fleur Delacroix from Harry Potter, while Flower makes me think of the skunk from Bambi.  Still, both belong on this list, even if their cousins Flora and Florence seem like more conventional picks.

Ginger – The most glamorous of the  Gilligan’s Island castaways, a spice, and dancing sensation Ginger Rogers – born Virginia.  It’s also the name of one of reality mega-family the Duggar’s daughters, but they spell it with a J.

Hesper – Also known as Hesperus, it is a poetic name for the evening star, and also for the planet Venus.  This makes her a cousin to Vesper.  In Greek myth, the Hesperides were the nymphs living in Hera’s garden tended to the golden apples of immortality.

Lavender – A pretty shade of purple, and a flowering plant, too.  Harry Potter fans will recognize this ends with R choice as a Hogwarts student.

River – He’s on the rise for boys, but River wears equally well for a girl.  Sci fi favorites Doctor Who and Firefly have both given the name to female characters.

Summer – Among the most solidly established of season names, Summer is a gentle choice for a child.

Cinnabar – A deep shade of red sometimes called vermilion or Chinese Red, the substance has a long of history of use.  Though Cinnabar isn’t just a pleasing hue – mercury is extracted from cinnabar, meaning that all of the various dinnerware and other luxury items made with cinnabar were ultimately poisonous.  Still, it makes for a lovely sounding name – and if children can answer to Indigo, Violet and Emerald, why not Cinnabar?

Demeter – One of the relatively few goddess names that ends with R, the earth goddess more frequently inspired parents to use Demetria or even Demi.  But she’s a recognizable choice with a great meaning.

Kester – A medieval short form for Christopher, Kester is masculine.  But in 2012, Kester feels like a mix between Kristen and Bess/Tess.  If you’re looking for a truly distinctive way to honor grandma Christine, Kester is a surprising alternative.

Lior – A modern Hebrew name used for boys and girls, Lior means my light – a name rich with meaning and a modern sound.

Loire – A French place name that’s a bit tricky for native English speakers to pronounce, Loire could be a great middle.

Are there other ends-in-r choices that should be on this list?  Which are your favorites?