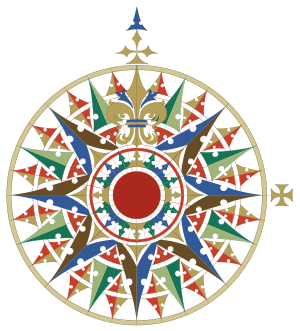 Which directions are baby names headed in 2014?

In six years of name blogging, and 40 years of name obsessing, I’ve learned this: surprises abound, and everything changes.  One year’s impossibly outdated choice is the next year’s granny chic favorite.  Give that very same name a decade or so, and she’s way too common to consider.  The celebrity choice that seems so daring catches on and becomes the name of your kindergartener’s new BFF.

Every year, I fret that my baby name predictions are a) too obvious, b) too out there, c) too much a list of what I just happen to be crushing on at that very moment.  And yet, looking back it’s hard to argue with some of them.

Just like enthusiasts in any realm, name nerds are ahead of the curve, and our collective wisdom makes for a good measure of what will be mainstream in a few more years.

If you’d like to see past years’ predictions and reviews, you can do so here:

And now, let’s dust off the crystal ball and see what the next twelve months may bring!

There’s something appealing about giving a child a hero’s name, whether it is a widely recognized figure – think Lennon – or one with more personal meaning, like Brad and Angelina’s Shiloh Nouvel.  Her middle honors a French architect admired by Brad, Jean Nouvel.

This year’s most influential hero names?  With the recent passing of the revolutionary, world-changing, South African leader Nelson Mandela, it is easy to imagine that his given name will rise in the rankings, and also appear in the middle spot.

The same is true for the decidedly offbeat Pope Francis.  Nearly any pontiff inspires baby names for the faithful, but Francis is different.  He’s Time Magazine’s Person of the Year for 2013, and his message – of mercy, of healing, of non-judgment – is starkly different than his predecessors.  There’s never been a Pope Francis before, and his name honors a saint known for his ministry to the poor.

It might make for a tough prediction to track, though – Fran-names have already been on our radar, and there are so many great ones – beyond Francis and Frances, there’s Francesca and Francisco, Frannie and François.  Ali Landry named her new son Valentin Francesco earlier this year, influenced by the new pope.

But Channing and wife Jenna Dewan welcomed their daughter just as Everly was ready to catch on.  The name entered the US Top 1000 at #907 in 2012, and she strikes the right note – a three-syllable ends-in-y name, a longer name for Evie, a surname name that we haven’t heard everywhere.  She’s less lacy than Evangeline, less expected than Evelyn, more elaborate than the spare Eve.

Plus, Channing has had a great run – he’s been a big screen action hero, People Magazine’s Sexiest Man Alive in of 2012, and has taken a crack at producing.  Add it up, and Everly is poised to leap up the popularity charts in 2014.

3.  Borrowed from the Big Screen … The Influence of Arrows

Hunger Games names are an intriguing bunch – Katniss, Finnick, Rue, Gale, Primrose.  It’s unlikely that any of them are headed towards the US Top Ten.  But here’s a surprising trend that might owe its origins to the dystopian novels turned blockbuster films – the influence of arrows.

Katniss Everdeen is a crack shot with her bow and arrow.  Occupational surname Archer has climbed from obscurity to the US Top 500 in just a few years,.  Add them together, and the door is open for more choices in the same key: Fletcher, Bo (or Beau or even Bow) as well as subtle nods to the sport, like equipment manufacturers Easton.

Even Arrow has been heard in sparing use, for boys and girls.

Every few years, we collectively arrive at a bunch of names that are related mainly by a shared nickname.  Think of Maddie, shared by modern surname Madison, sweetly vintage Madeline, français Madeleine, and modern innovations like Madalyn and Maddyn.  Maddie was followed by Addie and Evie and Ellie.

Now it is Lily’s turn.  She’s a Top 20 choice, and the following Lil- names all chart in the US Top 1000: Lillian, Lilly, Liliana, Lilliana, Lilian, Lillie, Lilyana, Lilianna, Lillianna, Lilith, Lilyanna, Lilia, Lillyana – and that’s not counting Lila or Delilah.  There’s nothing wrong with so many girls sharing such a lovely name – but if you think you’ve landed on a stand-out name for a daughter, it can be surprising to realize that Lilianna is actually part of the crowd.

She’s my favorite celebrity birth announcement of 2013, but there are many more reasons to love Winnie.  She’s a spunky choice, in the key of Sadie, and names like Hattie and Elsie have climbed in the past few years.  There are tons of formal name possibilities, from the modern Winter to the antique revival Winifred.  And, of course, this generation of parents grew up with Winnie Cooper – real name Gwendolyn – on The Wonder Years, making her a familiar choice.

In the UK, boys’ choices like Alfie and Archie are having their moment, but in the US, this trend seems reserved for the girls.

Love this style, but worried that Sadie is too common and Winnie too tied to the Fallon kiddo?  How ’bout Josie, Georgie, Maisie, Millie, Tillie, Birdie, Bonnie, or Billie?  Possibilities abound.

Single syllable names for boys have been on the rise for a while.  The ends-with-s crop are the latest.  Remember when Carter felt like a fresh, preppy possibility?  Now he’s mainstream, but Ames and Keats have picked up the Brooks Brothers rep tie.

Speaking of Brooks, at #358 in 2012, he’s the most popular of the crop – but also the most versatile, thanks to country music associations and the buttoned-down clothier.

2. The new Atticus is … Huckleberry

Doesn’t it seem like there’s always one boy name being used by parents after a distinctively different choice for a son?

Once it was Atticus.  But now that he’s leaping up the US Top 1000 – Atticus charted at #410 in 2012 – the mantle has passed to Huckleberry.  Brad Paisley welcomed William Huckleberry in 2007, and adventuring television host Bear Grylls is the father of sons Jesse, Marmaduke, and his youngest, Huckleberry, who arrived in 2009.

The first recent use of this daring name goes to fictional White House staffer Toby Ziegler, who welcomed twins Molly and Huckleberry on Season Four of The West Wing, in 2003.  And, of course, it is Mark Twain who makes the humble Huckleberry a literary star.  Hey, it’s already worked for Finn and Sawyer.

3.  Names Most Likely to Take the Top Spot … Mason and Liam

We’re less daring with boys’ names, as a general rule.  That’s starting to change, but parents aren’t sure exactly how to change.  So we’re heading in both directions at the same time.

Remember when it was fine to mock softer names for boys?  On an episode of Laverne and Shirley it was Fabian.  In When Harry Met Sally, Sheldon was dismissed.  Today we name our sons Noah and Sebastian and no one blinks an eye.  They’re just ordinary names for boys, as ordinary as Bob and Bill were in their grandparents’ generations.

My, how times have changed.

While a-endings and longer, more romantic names are accepted, we also veer into the hyper-masculine.  There’s Hunter and Jace, Ryder and Gage.  We’re inspired by cowboys and Johnny Cash.

It’s a split, but if we’re lucky – and I think we might be – it means that we’re finally free to choose daring names for boys, whether your taste runs towards Percival or Gilbert or Arrow or Stone.

5.  Variant spelling most likely to eclipse original … Jaxon over Jackson

Variant spellings can be controversial.  Declare that you prefer Madalyn to Madeline on a message board, and you can start a fight.  I prefer to think of dominant spellings – the spelling that is most popular at any given moment.  In 2009, my prediction was Zoey over Zoe.  That’s come to pass.  Now I’m watching Sofia over Sophia, and as of this year, Jaxon instead of Jackson.  And maybe Jaxson, too.

There have always been a few ends with -et girls in the US Top 1000.  Margaret, for one.  Now colorful Scarlett and Violet rank in the Top 100, and the -et ending feels fresh and interesting for both genders.  For boys, there’s Emmett, Bennett, Everett, Beckett, Jett, Barrett, plus Elliott and Elliot. For girls, the romantic Juliet and the French Colette are up-and-coming.

Other names with a similar feel include Bartlett, Everest, Aderet, Cricket, Garnet, Harriet, and maybe … Kismet?  Toss in -ette and there are plenty of retro possibilities for girls, from Annette to Claudette to Mariette.

Garrison picks up on so many trends, and is just a little bit different than the popular Harrison.  Cortez reminds me of the fast-rising Cruz and has a great, dramatic feeling.  And how about Royal, a name only a few boys shy of the Top 1000 in 2012, possibly boosted by Lorde’s hit single in 2013?

If single syllables are big, I’d bet on Ford – which we hear lots of thanks to Owen Wilson’s baby boy – and Leif, thanks to the popularity of History Channel’s Vikings.  It’s back for another season in 2014, too, so maybe lots of the names Elea called ‘Scandi Familiars’ will get a boost.

And what about Gray?  The name was on the rise pre-50 Shades of … fame, and Gray fits with so many trends – he’s a color name, a surname name, a short name, and he has that vibrant long a sound that we’ve been so wild about in recent years.  My sense is that he leaps into the Top 1000 ranked names, too – though whether it will be the ‘a’ or the ‘e’ spelling – or both – is a little bit harder to say.

For the girls, I’d bet on El- surname names Ellis and Ellison, plus the lovely French Elodie.  We do like an El- name, and all three of these shorten to Ellie – or not.

My other guesses?  The tailored Liv – so reminiscent of the chart-topping Olivia and her fast-rising variant spellings, but distinctively crisp and different, too.

Nature name Wren seems to be the new Willow.

And retro name Mabel has gone from unthinkably fusty to vibrant and retro.  Actors Bruce Willis, Dermot Mulroney, and Chad Lowe have all welcomed daughters named Mabel in recent years.

What do you think of these predictions?  Any seem way out there?  Which do you think are most likely to come true?  And are there names that you’re watching for the next US Top 1000?