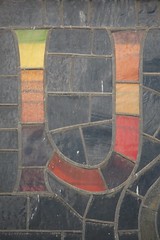 He’s literary, mythological, and figures in American history. He’s also more popular than you might guess.

Thanks to Darja for suggesting a name dear to her heart. Our Baby Name of the Day is Ulysses.

Clever Odysseus fought with his fellow Greeks during the Trojan War. In Homer’s Iliad, he gets credit for thinking up the Trojan Horse strategy. Victorious, Odysseus sets out to return home to his beloved Penelope. Like air travel during a winter storm, the trip is plagued by unexpected delays. These form the basis of Homer’s second work, the Odyssey.

Ulysses is the Latin version of the name. There were a few twists between Odysseus and Ulysses – Olusseus in a Greek dialect, Ulixes in the original translation to Latin. I can’t quite follow the path, but today they’re the accepted versions: Odysseus the Greek, Ulysses the Latin.

Names borrowed from antiquity were popular in nineteenth century America; Homer and Horace ranked in the Top 100. Virgil wasn’t far behind. Ulysses probably got a boost thanks to Tennyson’s 1842 poem “Ulysses.” You might recognize this line: “To strive, to seek, to find, and not to yield.”

The most famous bearer of the name was born Hiram Ulysses Grant. The Ohio native was inadvertently renamed by the Congressman who nominated him to West Point as Ulysses S. Grant. At the military academy, he was nicknamed Sam, from his initials – U.S., for Uncle Sam.

Grant went on to lead the Union Army to victory during the American Civil War. In 1868, he was elected President of the United States, and served two terms. After leaving office, he embarked on an odyssey of his own – a pricey world tour with his family. Late in life, he penned his memoirs, and his writing cemented his reputation while earning him a tidy sum.

Then there’s the novel by James Joyce, originally published as a serial between 1918 and 1922. Ulysses is about an ordinary day in the life of Leopold Bloom. It’s a wild ride – a collection of techniques that Joyce correctly forecast would be the subject of debates for decades to come.

All of this could be enough to make Ulysses too much name to consider, but he’s enjoyed surprisingly steady use:

Ulysses is that rare character from myth that everyone recognizes. Kirk Douglas played him in a 1955 film adaptation. While he fell out of the US Top 1000 after 2005, he’s actually been on the edge ever since. In 2009, it took 194 newborns to chart in the Top 1000; according to Nancy, Ulysses, was given to 193 boys that year.

If Julius and Atticus are stylish, the equally ancient Ulysses can’t be too far out of fashion.