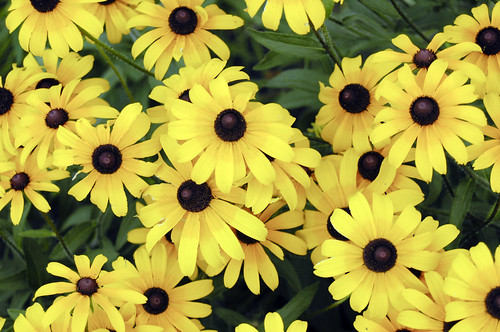 She was a Top Ten pick for more than two decades.  Can she still sound fresh today?

Thanks to Kelly for suggesting Susan as our Baby Name of the Day.

By the time Johnny Cash recorded “A Boy Named Sue” in 1969, Sue was an iconic name for a girl, clearly not suited for a son.  (Unless you had an ulterior motive to toughen up your boy.)

But Susan was no recent arrival.  In her various forms, she’s enjoyed a long history of use.  Susanna appeared in the Bible, from the Hebrew Shoshannah, derived from the Persian shoshan – lily.  Susan has a second botanical connection: for centuries, a wildflower has been known as the Black-Eyed Susan, thanks to a folktale turned poem by John Gay.

But in 2009, Susan stood at a chilly #762.  Actresses like Susan Sarandon, Susan Lucci, Susan Dey, Susan Olsen, and Susan St. James have long since abandoned the role of the ingenue.  After all, Susan Olsen debuted as the youngest of The Brady Bunch in 1969, and Susan Dey played the musical Laurie Partridge on TV in the 1970s.  Meet a Susan today, and she’s more likely to be the grandmother than the newborn baby girl.

And yet Susan could make an appealing option for parents seeking that elusive familiar-but-uncommon choice.  Consider:

It’s easy to imagine parents embracing Susan today.  Only trouble?  Odds are that any mention of Susan will conjure up a host of aunts, neighbors, your dad’s cousin, the secretary from your work study job at college, your first boss, your sister’s field hockey coach.  If you’re lucky, and all of those Susans are lovely, generous women, then you might have that elusive find – a familiar name that your child will never share with anyone her age.