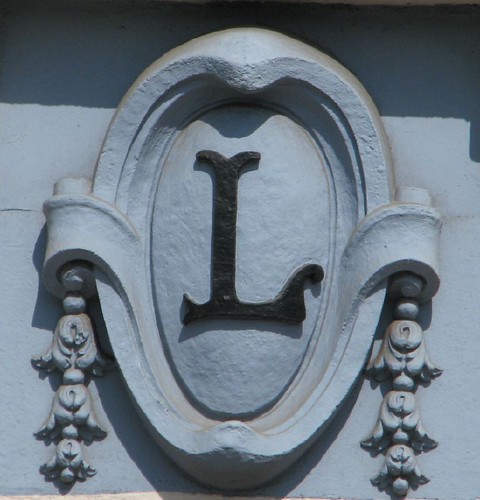 Every once in a while a request comes in that seems impossible. It’s as if the name was invented, and used just that once. Until you look just a little deeper, and it becomes apparent that the name isn’t invented, but merely long forgotten.

Thanks to Ashley for suggesting the mysterious Ladusky as our Baby Name of the Day.

Ladusky pops up in genealogies at a fairly steady clip. She was in use in the early nineteenth century, exclusively for women, throughout the US, and she’s never completely disappeared.

Before we get to her origins, here’s more proof that the name was a bona fide appellation in the nineteenth century: Frances Hodgson Burnett penned a novel called Ladusky in 1877. This was a few years before her success with Sara Crewe and Little Lord Fauntleroy, but some years after she’d established herself as a writer. Ladusky wasn’t a hit, and I can’t find it – or a plot summary – anywhere.

Still, we know this much – Burnett was a daring namer. Editha, Esmerelda, Feather, Stefan, and Cedric are among her characters. So it isn’t a surprise to find a gem like Ladusky among her works.

While the name has never ranked in the US Top 1000, she was fairly common in the earlier part of the nineteenth century. Where does she come from? Hold on to your hat – Ladusky appears to have evolved from Louise.

If Louise to Ladusky feels like a leap, it helps to look at some of the Northern European variants of the name:

You can imagine that none of these would be simple to wear in American English. I suspect it is a combination of a changed pronunciation of Ludwika and company, paired with the diminutive form -ka. (Think of Mariska or Madlenka.) And so we start to find names like Laduska and Loduska in use, and Ladusky, too.

There are even forms like Ladieska, and I wonder if it helps explain the handful of girls named Lady in the late nineteenth century. But that’s just a guess – it could just as easily be the equivalent of naming your son Earl.

Another temptation is to link the use of other forms of Louis within the same family tree. While it is true that Ladusky and Louis or Louisa do sometimes appear over the space of a generation or two, I suspect that they were quickly seen as different names, the equivalent of Jacob and James today.

While notable Laduskys are limited to Burnett’s fictional heroine, there was a Christian missionary who cared for those with leprosy and the wounded in Japan during the Russo-Japanese war. Her name was Loduska Wirick.

Ladusky eventually became a surname, too, presumably from similar roots.

From Clovis and Aloysius to Ludovica and Ladusky, Louis might be the appellation that has generated more variant forms – and more surprising variants – than any name.