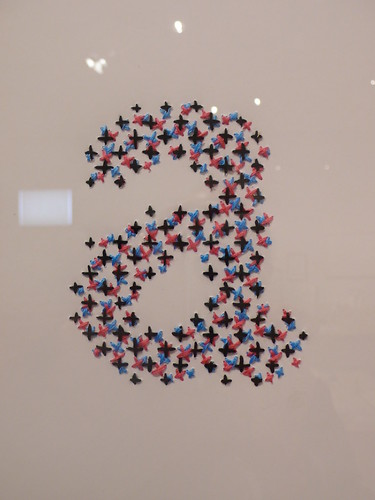 Few names are as enduring as the evergreen Ann, and perhaps no name has inspired so many elaborations, smooshes, and spin-offs.  It isn’t just in English, either … there are Ann- variants to be found all across the globe.

Today’s choice is one of the more intriguing options.  Thanks to Tracy for suggesting Anneke, our Baby Name of the Day.

First, the pronunciation.  You might be tempted to say ah NEEK, but Anneke is Dutch, and so the pronunciation is pretty close to how we’d say regular ol’ Annika in English.  There’s a slight difference: ahn neh KUH or au neh KUH, depending on the native speaker.  But they’re terribly close, and so I suspect the question is whether spelling the name Annika or Anneke makes a difference.

I think it does, in the same way that there’s a difference between Isabelle and Isobel.  Both are valid variant spellings, and while they don’t change the pronunciation, they do have a different feel.  Isabelle is frilly and feminine, while Isobel is tailored and spare.

And so it is with Annika and Anneke.  Annika is a Swedish diminutive for Ann, popularized in part by Annika Sörenstam, the successful Swedish professional golfer.  Americans have embraced various Ann- names over the years, and Annika fits right in with Annette, Annamaria, Annie, Anya, Anita and Annabel, to name just a few.

She also brings to mind Anne Frank, perhaps the most famous Anne to answer to Anneke.  Others include:

Plenty of other notable women have answered to Anneke, almost all Dutch, from athletes to politicians.

The intriguing thing about Anneke for an English-speaking parent today is how neatly she fits into a nicely established trend: ends-in-e names for girls.  Chloe, Zoe, Phoebe, and Emme come to mind.  Except, of course, that’s not quite the sound Anneke shares.  Just over two dozen Annekes were born in 2010.  Are they answering to an neh KEE, something like anarchy?

Beyond her -e ending, it is also a good moment for lots of Ann- elaborations, like Annalise, Annalena, and Annelie.  Variant spellings abound, and some of those are certainly more popular than they seem at first glance.  I’m not sure how she fares in Dutch-speaking countries, but both Anna and Anne remain very popular.  Whether Anneke is in favor as a diminutive or not, I can’t say.

If you’re after a name rooted in tradition but with a modern twist, Anneke is a good bet.  She feels current and unexpected, but no one will ever dismiss her as flimsy or invented.  If you happen to claim Dutch heritage or maybe a study abroad trip to Amsterdam, Anneke is even more of a win.